The Christ Church Cathedral is a Category 1 heritage building. We’re going to great lengths to protect its heritage fabric, including re-using the stone it was built in where possible.

Two teams of stonemasons are among the contractors on-site - one from Stoneworks and the other from Goldfield Stone Limited.  They’re undertaking a thorough process where each stone to be reused is numbered and put onto a numbered pallet. Each pallet is then photographed before transportation to storage until the time comes to reinstate the Cathedral.

“It’s going really well,” says Goldfield’s director Mark Whyte. “The Cathedral has always been the jewel in the crown of Christchurch’s gothic revival buildings and, as we take it apart, we can see just how beautifully made it is.”

“The quality of the workmanship is sharp. Each stone was cut by hand, but the lines are crisp, clean and accurate. Every element was well-measured, correctly made and joggled. This building was not just slapped up – a huge amount of care went into it.”

“It’s not easy,” says Goldfield’s foreman Ben Oram. "Some of the stone pieces weigh up to 600kg. We can’t go inside the building so we’re having to pull them out blind and then get them down to the ground without damaging them."

Once safely on the ground, each piece of stone to be reused in the reinstatement is numbered and photographed before being transported to storage.

“The reinstatement will be like a giant jigsaw puzzle, except we have the numbers to guide us,” says Ben.

The team has made some surprising discoveries, a highlight of which was finding a carved limestone hoodmould.

“It is exactly the same as those which sat above the lancet window so was clearly a leftover that someone just threw in with the rubble. Best of all it’s perfectly preserved while its counterparts are slightly misshapen due to more than a century of being outside, carbonisation and cleaning. It’s a great find as now we have an exact example of how they looked originally.”

“On some of the stones you can see where the banker mason marked out his lines for carving. It’s pretty cool,” says Mark Whyte.

Ben Oram says when the going gets tough they simply look to the past for inspiration.

“I know that every stone I take down, was a heck of a lot harder to put up and the crews that did that more than a century ago didn’t have access to the technology we do.” 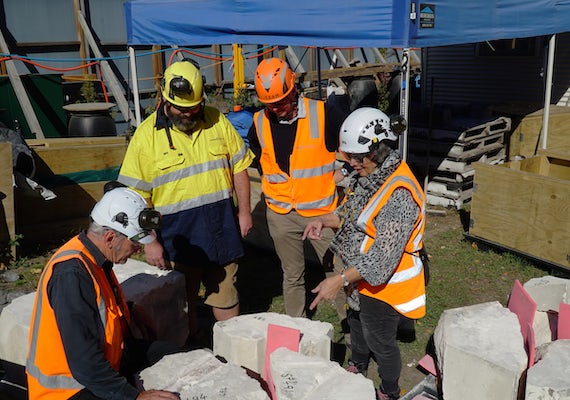 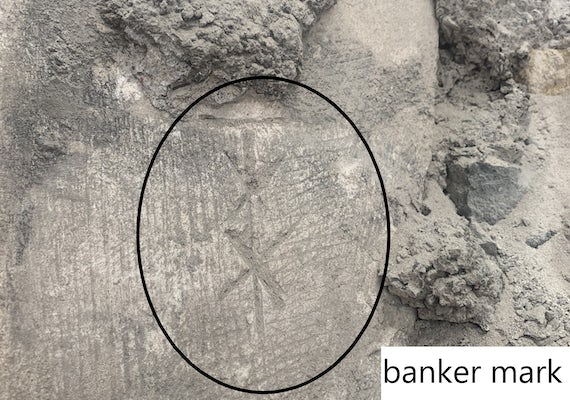